Come along as the city’s favorite interior designer leads a stylish tour of the city.

"I have lived in San Francisco for 25 years,” says Ken Fulk. “It's a mythical, magical city that still has the ability to stop me in my tracks with its arresting and otherworldly landscapes.” The designer should know magic when he sees it. He has been casting his own spell for clients, imbuing interiors with wit, whimsy, and elegance—from a storied NYC Georgian Manor to a cozy Cape Cod cottage to an Indochine-esque oyster bar. Fulk has a chic, independent spirit that keeps him in high demand, whether he is reimagining a historic home, collaborating with famed design house de Gournay or hosting a costume party for 400.

The designer has been named to Architectural Digest’s AD 100, Elle Decor’s A-List, and was nominated for a James Beard Award for best-designed restaurant. His most recent endeavor is the restoration of National Historic Landmark Saint Joseph’s Arts Society & Foundation (more on that below).

Though Fulk grew up in Virginia, he visited the City by the Bay decades ago and mused, “Why doesn’t everyone live here?” He says he still feels that way and appreciates the quality of life and the diversity of character. “I have the great privilege of living in a mid-century marvel of California modernism perched on a hill overlooking the city and the Pacific Ocean,” says the designer. “There is a vast nature preserve across the street where coyotes roam—yet I'm five minutes from some of the best restaurants on the planet.” Fulk describes this small big city as the perfect place to get lost in, from the Mission to Nob Hill. “The topography gives the neighborhoods an independent character and even different weather.”

We could not think of a better guide to show us around town and show off his favorite haunts in the place he describes as beautiful, smart and quirky. And, before, during, or after your trip, be sure to follow Fulk’s adventures on Instagram.

For Breakfast or Brunch…

"Réveille (4076 18th Street | 415-789-6258) in the Castro serves shakshuka at breakfast which addictively delicious and totally worth a visit, Universal Cafe (2814 19th Street | 415-821-4608) is my favorite weekend brunch spot. Put your name on the list and grab a self-serve cup of strong black coffee. I prefer a seat at the counter. The menu changes every weekend, but a perennial favorite is the egg sandwich on a homemade English muffin."

The moody, stunning interior of Saison. Photo by Bonjwing Lee. 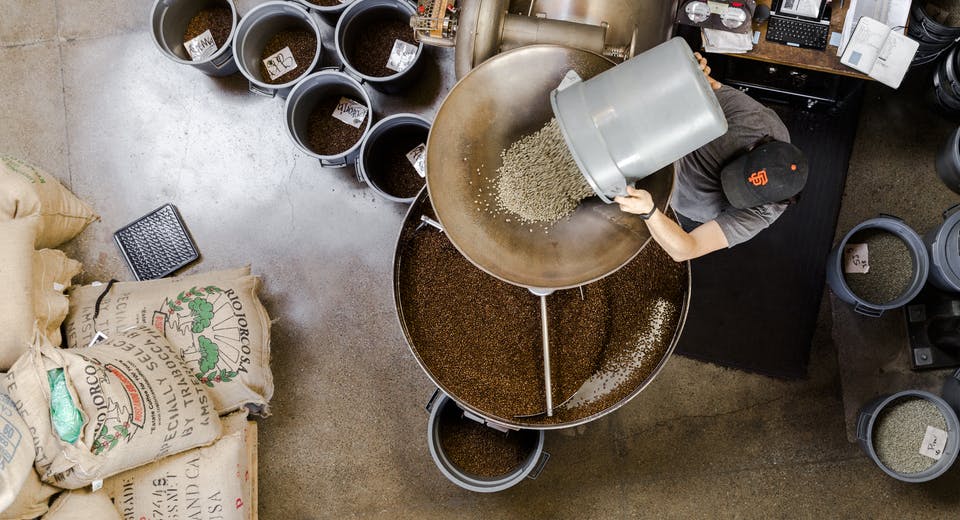 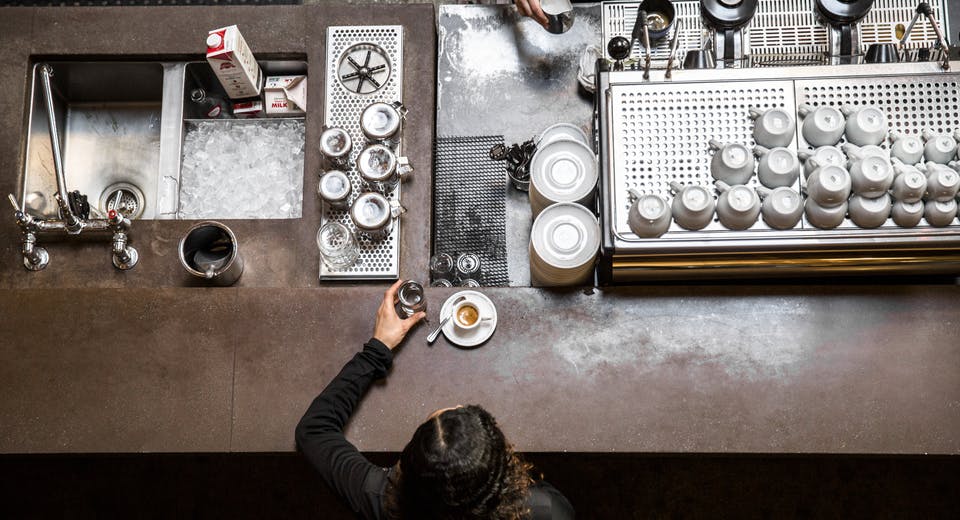 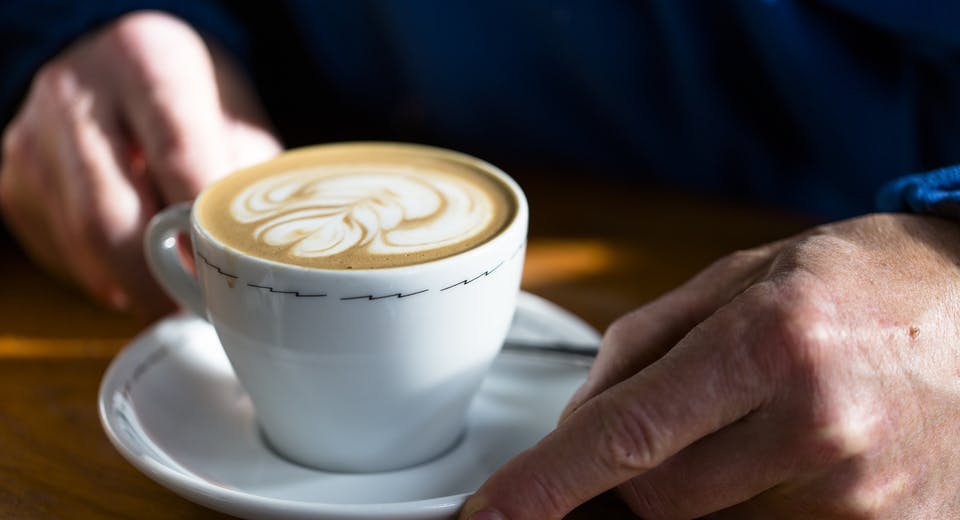 Above photos of Sightglass Coffee by Michael O'Neal. 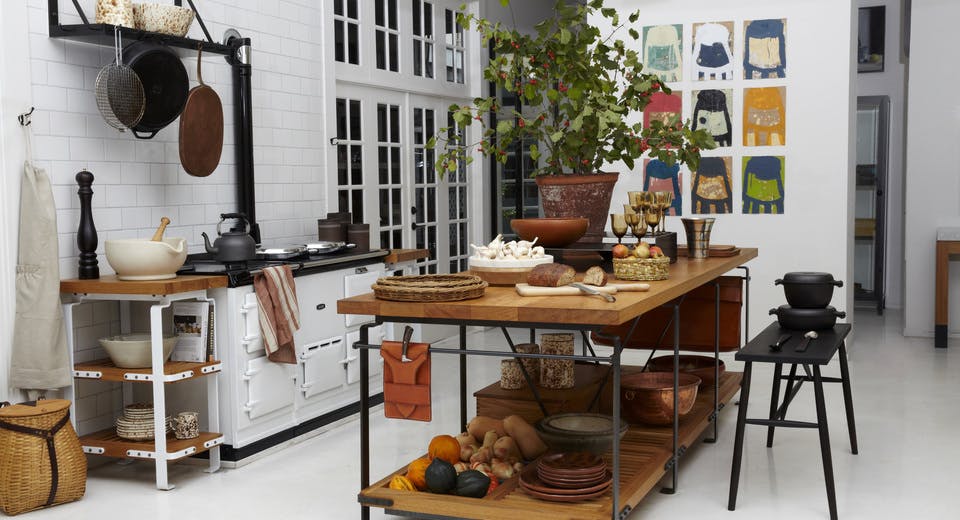 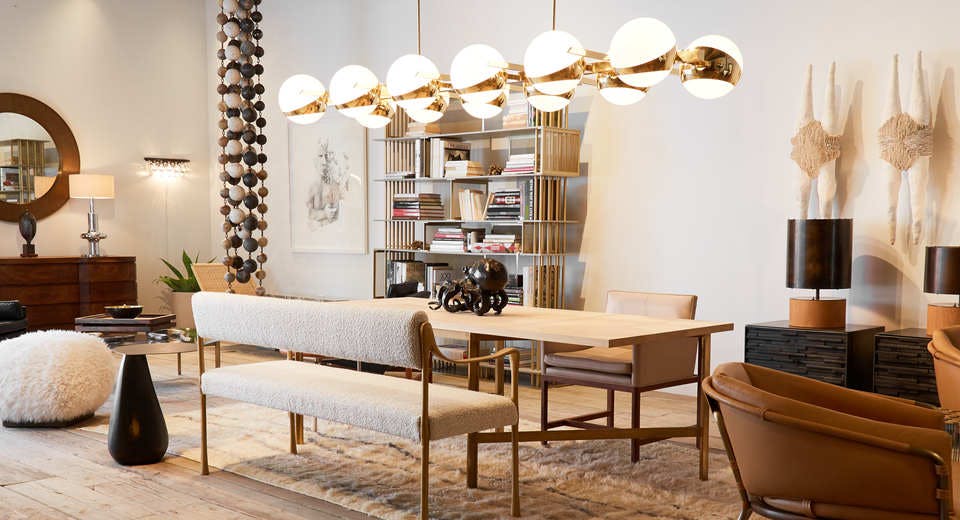 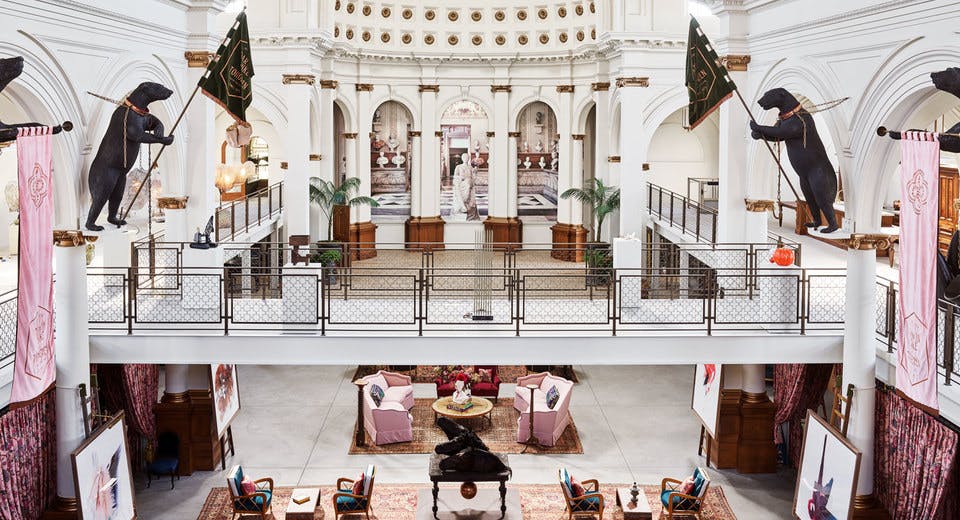 "MARCH (3075 Sacramento Street |  415-931-7433) is a quintessentially San Francisco shop with the most exquisite things for cooking and entertaining. Coup D'Etat (111 Rhode Island Street, #1 | 415-241-9300) is a super chic gallery with a mix of vintage and one-of-a-kind home furnishings and art. Our very own Saint Joseph's Arts Society (1401 Howard Street)  is home to the world-renowned Carpenters Workshop Gallery, the only Buly 1803 shop in the U.S. and SF's only Assouline book salon."

Our Own Edit Note

An all-encompassing look at the beautiful, unique exterior of the de Young Museum. Photo Courtesy of the Fine Arts Museums of San Francisco.

"Check out what's playing at the Castro Theater (429 Castro Street | 415-621-6120) A 1920s movie palace where the organ rises from the floor and plays show tunes before each film. Head to Golden Gate Park and explore the Renzo Piano-designed Academy of Science and, directly across the way, de Young Museum (50 Hagiwara Tea Garden Drive | 415-750-3600). One of San Francisco's two fine arts museums, this one was designed by Herzog de Mueron. Don't miss climbing the tower for a 360-degree view."

"The best rooms in the city come with a big perk. Stay at The Battery (717 Battery Street | 415- 230-8000, San Francisco's much-talked-about private social club. You become a member during your stay." (We have to mention that the stunning club was designed by none other than Fulk).

"Cavallo Point (601 Murray Circle, Sausalito | 415-339-4767) located in a historic military base at the foot of the Golden Gate Bridge with to-die-for views of San Francisco. It's not only a great spa but a mini-vacation that is a quick ferry ride away."

"Every July for a few weeks, the San Francisco Botanical Garden (1199 9th Avenue | 415- 661-1316) sets up a dozen pianos in some of its most picturesque locations for the public to play or listen or attend special performances. During the early hours, Flower Piano might feel as if you've just happened upon a lone pianist in a magical grove playing only for herself."

"Founded 50 years ago as a library of science experiments in the historic Palace of Fine Arts, The Exploratorium (Pier 15, The Embarcadero | 415-528-4444) moved to a spacious new facility. It's an incredible place where the intersection of art and science are creatively explored for kids and adults alike."

For a side trip: "Point Reyes National Seashore (1 Bear Valley Visitor Center Access Road, Point Reyes Station | 415-464-5137) is an otherworldly destination just an hour over the Golden Gate Bridge. You can roam on bluffs above the mighty Pacific. It's one of my favorite spots on the planet."

We explore the presence of florals in the Matouk product line, and the power of florals in home design with Dara Caponigro, creative director of Sc...

We use cookies to enhance your browsing experience and to allow us to improve our website usefulness. By continuing, we assume you accept such use. Learn more about cookies and how to change your consent by visiting our

Unfortunately, the browser you use is outdated and does not allow you to display the site correctly. Please install any of the modern browsers, for example: